Grandpa Miller a.k.a. My Dad 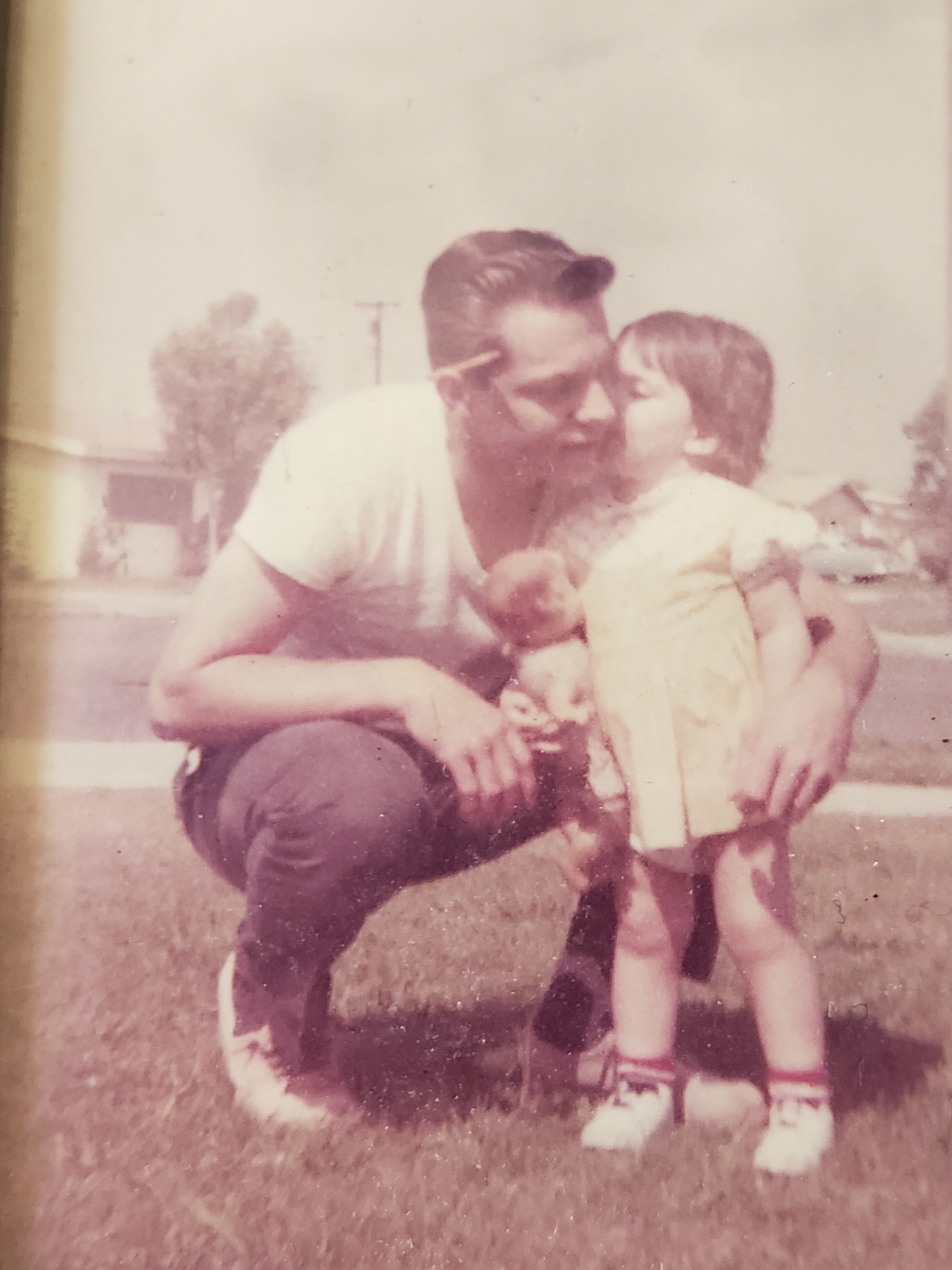 Me & Dad at the Fallingleaf house in Garden Grove

My dad is on my mind a lot right now. This past Tuesday would have been his 81st birthday. And just days before that, I started seeing a commercial on T.V. Featuring the song “Hey Good Lookin'” by Hank Williams, Jr. Dad used to sing that all the time, and would often greet me with an Elvisesque “Hey good lookin’, whatcha got cookin’?” Especially if I was in the kitchen.

Your grandpa was quite the showman. He loved to dance and sing, and could do a mean Elvis impression. I know why Grandma fell for him. Despite all the stories of what a terrible father he was (and he certainly never won Father of the Year), he had his moments and definite good qualities. He was also an awesome grandpa!

Our house in Santa Ana (where we lived from the time I was in 4th grade until my sophomore year of high school) had a built-in pool. I even remember the address; 2321 W. Monte Vista. Every now and then dad would play in the pool with us. He would let us stand on his shoulders then dunk himself under water and spring back up, catapulting us into the water. We loved it! He taught me how to dive in that pool.

I’ll never forget it. I was terrified, standing on the edge of the shallow end staring at the two glass dolphins on the bottom, listening to dad’s instructions. I couldn’t do it for the longest time. It was one of the rare occasions that dad actually displayed patience. He promised me everything from a new doll to a new wardrobe if I would just dive in. I don’t remember what finally did it (I was 9-years old), but I mustered the courage and finally dove in just like he told me. The bribe window had already closed, but I felt pretty proud of myself and have basically been a fish ever since. We spent many fun-filled hours in that pool!

Dad with Shelly, Lissy, Josh, and Matt at our Fitzpatrick house in Concord.

Dad liked to entertain too. Pool parties were common occurrences in our Santa Ana house. Grilled hot dogs for the kids and steaks for the grownups. I remember that because I always wanted the steak. Dad had regular Friday night poker parties too. He let us watch as long as we fetched beers for them. The mornings after were our favorite. The poker table was still set up and us four older kids would sit and play with the cards and chips (poker chips). Eventually, dad taught me how to play a few poker games; 5 & 7 card draw and stud, Mexican sweat, 21. He taught me how to shuffle the cards and ante up. I haven’t played in decades and don’t remember a lot of it, but I can still shuffle a deck of cards pretty well.

Dad was actually a pretty talented guy. He was an amazing pool player and won lots of trophies. We even had a pool table for awhile and he seemed to really enjoy teaching us kids how to play. When I was seven or so, we lived in an apartment in Fountain Valley, Ca. Across the street was a Stater Brothers shopping center (apparently they’re still around. ) complete with a bar called The Sundown (also still around!) where my dad spent quite a bit of time hustling for beer money. 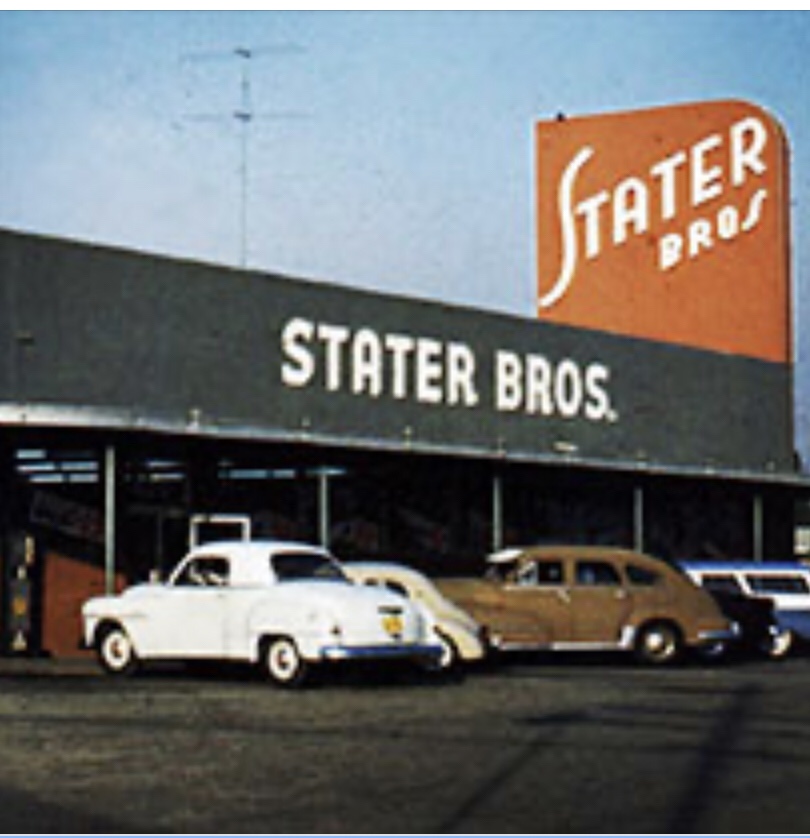 Stater Bro’s. back in the day.

He had a day job, but most nights he could be found at The Sundown. Sometimes on the weekends I was allowed to go with him during the day, when it was quiet. He participated in his share of bar fights back then too. I remember him coming home one night, his face a little bloodied and his shirt inside out. He was the sweetest drunk, very loving and affectionate. Quite the opposite of his sober self. He could be and more often was, a bit of a tyrant. I grew up with welts and bruises from his belt, mostly out of anger or frustration. He was not a level-headed disciplinarian.

In spite of the fact that I grew up terrified of him most of the time, I loved my dad and grew to appreciate him and his perspective as we both got older. I have a lot more stories to share about him, but this is getting lengthy. I’ll do a part two next week, so stay tuned! Until next time!

I love you bunches!
Mom 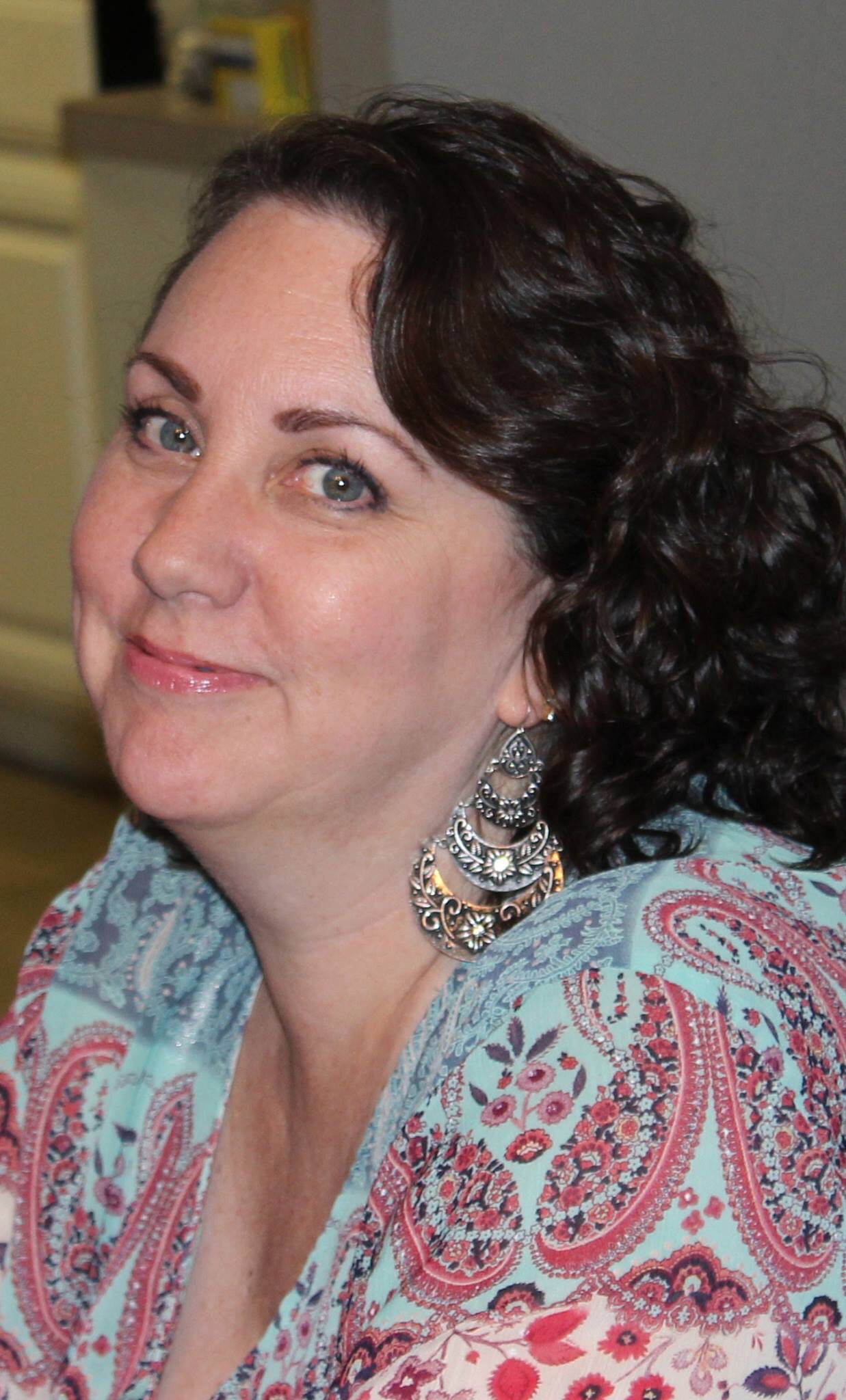